Craigslist being challenged by OfferUp – Yes, in all likelihood…

I had written sometime back.. about the several new mobile apps which market observers believed.. that could be a small threat to the popular site Craigslist.

I had then highlighted Yardsale as a prime example. They had listings that range from dining chairs to bags to cameras.. and indicate how far the buyer is from the person who has advertised the sale. These new mobile apps included Highlight, Yardsale, Bondsy and Ketup to name a few. They all had a distribution network that connected buyers and sellers.. who were located close to each other. Watching these developments.. market observers felt that Yardsale and the other similar such apps.. could be a direct threat to Craigslists’ outdated design and site. 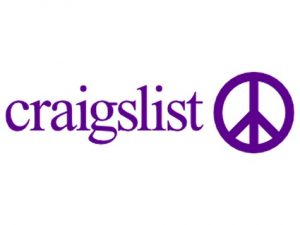 Recently, I have been following the developments at OfferUp . They could be the most valuable Seattle startup that you’ve NEVER heard about.

This little-known consumer Internet startup..  which connects buyers and sellers looking to unload or pick-up everything from toaster ovens to tennis shoes to Toyota Camry's. This company has being flying completely under the radar.. over the last four years. This stealth move was intentional.. according to its CEO Nick Huzar.

Huzar is still not ready to splurge the details on the OfferUp story.

However, this is very certain.. that the Craigslist competitor has raised tons of cash.. including cash from the high-profile Silicon Valley venture capital firm.. Andreessen Horowitz. The interesting thing is that it has done so at a whopping valuation.. that has turned heads in the investment community.

Venture capital database PitchBook says the company has been working on a $73 million series C funding round.. since March that values OfferUp just north of $800 million.

Some say it is even much higher. The rumor among the venture capital community is that OfferUp’s valuation has topped $1 billion.. making the online marketplace one of the few.. if not only the so-called “unicorn” companies in Seattle. 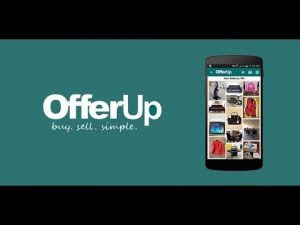 Ryan Mickle, who is one of the founders and main person behind Yardsale, indicated that they were neither a threat nor a competitor to Craigslist. Instead, they should be viewed as a healthy alternative. He went on to add that Yardsale only wants to restructure the experience of selling and buying. In other words, if a person had an item to sell, he or she can just take a photo of it and within seconds, it could be loaded on to the app and will be available for everyone in the neighborhood.

However, Yardsale depended a lot on visuals and is a boon for those who find eBay too over-populated and Craigslist unreliable. Unlike eBay, Yardsale is for the small seller. Besides, Yardsale is now available only on the iPhone although it is predicted that it will shortly move on to the other major platforms like the Android and Blackberry.

Despite the brouhaha, these apps constitute only one percent and is for people on the move and who can afford to buy these fancy devices. Alternately, Craigslist is simple and appeals to all around the world. You don’t require a fancy phone to sell your old chair or computer on the web.

As long as the world lives on the web, an app such as Yardsale cannot be even considered a competitor, let alone a threat. However, it is interesting to note that the Yardsale app has been downloaded over 100,000 times indicating the peoples' slow but steady preference to the mobile over the web. This was in 2012!

However, Craigslist has had a long and successful era, and until date, no one has removed or tried to remove Craigslist from its perch, despite its outdated design and site. During this period, they have continued to provide significant value to anybody with access to the site. Its design is simple and unlike heavy sites, there are no flashy graphics and the speed at which the site loads is remarkable.

Finally, Craigslist is not a public utility and like the New York Times. It does not allow third party application developers to siphon off and monetize content that originates from Craigslist. Craigslist offers exactly what most buyers and sellers want and that is a cheap and fast way to buy or sell stuff.

Hence, it is obvious that in the long run, there are going to be multiple apps out there who will try to dismantle Craigslist’s' fleeting dominance.

This may be due to Craigslist’s’ failure to innovate or share their information or it could even be their lack of security features.

When OfferUp launched four years ago, aiming to take on industry titan Craigslist, it looked a lot like David challenging Goliath. But as it turns out, David is growing up quickly.

The Bellevue, Washington based startup, said that it’s on pace to process more than $14 billion worth of transactions in 2016. For context, eBay’s gross merchandise volume was $15 billion eight years after its launch.

According to Huzar, 2015 was the biggest year yet for OfferUp, with millions of downloads, expansion into new cities and a growth rate that few marketplaces have ever experienced. This growth is a direct reflection of your passion for OfferUp and their focus on delivering the best possible experience.

It is obvious that Nick Huzar and OfferUp are virtually unknown, and it could give definitely Craigslist a run for their money.

I doubt it will make Craigslist close-up, or sent it to oblivion. May be it's because I am a Craigslist aficionado, and yes, that could be the reason for the blur in my judgment! But I am sure that all, if not most of the internet marketers who started out 10 to 15 years ago would go with my view!

It could also be that many startups over the last 20 years have tried to challenge Craigslist and they have all been unsuccessful and this includes Google as well!

Upgrade or be prepared to rolled over !

Market observers believe that OfferUp COULD BE be the threat to Craigslist.