Do not use mind control, particularly against your employees.

Mind control is also known as brainwashing, thought reform or manipulation. It is also known as coercive persuasion, mental control, or malignant use of group dynamics. The very fact that it has so many terms, reflects confusion and distortion. Particularly by the people who covertly practice it for their own benefit.

Mind control can be referred to as a system of influences that greatly disrupts an individuals’ way of thinking. It affects their very beliefs, issues, preferences, values, decisions, relationships, and behavioral patterns. It also leads to creating a new pseudo-personality or a pseudo-identity. The depressing part is that the individual begins to identify themselves with this new pseudo-personality. 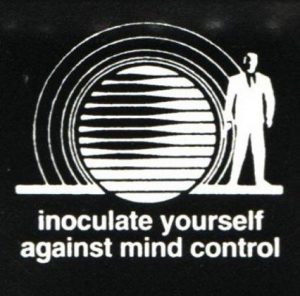 Mind Control.. A Gun To The Head.

The manipulators love to say that nobody is keeping a gun to the influenced person's head. It is difficult to argue with the outsider who has no idea about mind control. Unfortunately, the manipulated person does not realize this. He feels that he has decided for himself. He also supports the theory that no has ever held a gun to their head or coerced them. As decisions made by us are much more powerful, the effects last longer. This further pulls the manipulated person deeper into the perceived reality created by the controlled mind.

What Is Mind Control?

Mind control is a “process by which a person’s combined freedom of choice and action is compromised by instruments that misrepresent their insight, perception, cognition and their behavioral outcome. The manipulated person also supports the view that everybody is vulnerable to such manipulation.

Manipulators have many reasons to manipulating others, and they include;

Mind control never works, unless you are dealing with some difficult behavior with a child. Children also have their control tactics to get something from their parents. It can be excessive bawling or screaming, in order to get what they want. Hence, mind control is something, which is inherent in our system from childhood.

Summing it up, remember that you are running an organization and not a boot camp. If you are able to extend trust to the employee, you will be also able to regain their trust.

Most employees, by nature are honest and are willing to work hard…

So, be open with them and counsel them, but do not use mind control against them.