Thank you for taking the time to read our Waszupp Global review. Be sure to go through all of it not only to learn if it's a trustworthy opportunity for you, also for a better understanding of how it works.

Money is always a big deal since it makes the world go round, taking the best decision is critical for having success in life.

We're about to see what this MLM is all about, so grab a cup of coffee or your favorite beverage and be the judge on this potential business opportunity. Let's get started! 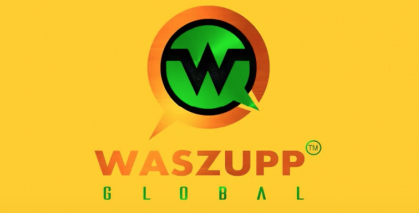 The first time we heard about this company was when it had another name. When we found out about it, it was called Waszupp Network.

After our research, we discovered that there's a company with a similar name called The Waszupp Mentor Network. That web page names a Mr. Blaine Williams (Who's known in the MLM community as a member of Wealth Creation Alliance Ponzi), Fred Bender, Mark Campese (Paycation) and Ricky Howe as the directors of the company.

What seems odd is that Mr. Sahib's name only appears in the WMN list of companies conference calls.

As for his Facebook profile, Mr. Sahib says he's CEO and Chairman of Waszupp Global.

After connecting a few dots we can say that this Waszupp Mentor Network isn't a standalone company. The WMN appears to work as a company within Waszupp Global.

After we saw a few of Mr. Sahib's blog articles we found one titled “Success Breeds Success”. That particular article talks about a brand which didn't do too well.

That company was founded in 2014 and its concept failed. It used a Ponzi scheme back then.

Nowadays, that website indicates that they're part of the Unicorn Network. We know for a fact that business opportunity is no more.

More on Sahib's history on MLM says that he ran an opportunity named 4x TradeBiz. A business based on forex that collapsed just recently.

As it happens with most MLM opportunities, Waszupp Global doesn't offer products or services on retail. Members can only market Waszupp Global memberships.

After Waszupp Global affiliates sign up, they have to invest $35 USD. After that, they're paid to recruit new Waszupp Global members that could hopefully do the same.

Waszupp Global Recruitment pays up commissions through a 3×8 matrix.

When a member signs up to Waszupp Global and pays the initial $35 fee they need to get three direct recruits that will fill level one of the 3×8 Waszupp Global matrix.

The second level of the Waszupp Global matrix is filled in the same manner as level one.

After an Waszupp Global affiliate completes the second level of his/her  Waszupp Global matrix, there's a $292 commission payment and then the third level is unlocked.

Every other level works the same, payment on commissions look like this:

The final word on Waszupp Global

To put it in simple words, Waszupp Global works as a pyramid scheme with their 3×8 matrix.

After you make the initial investment to Waszupp Global, you'd better have other people do the same, that's the only way to earn more money in Waszupp Global.

Income from Waszupp Global comes directly from that 3×8 matrix, meaning that the more people that join equal more money to the company's leaders and management.

There's really nothing new about this business opportunity (plain old Ponzi scheme). What separates it from others is their marketing campaign.

The marketing strategy that this company uses the image of the First Lady of the United States as a way to gain more clients. It scams people into thinking that Waszupp Global has contact with Melania Trump so that it could add credibility to the opportunity.

Not only does the FLOTUS image is used to market the company, there's also a Photoshop job of Ethan Vanderbuilt which appears to endorse the business opportunity (it was all fake of course)

Talking a bit about Ponzi schemes, once member numbers start to fall down, the business and money will do the same.

Eventually, this company's future stands in collapsing as it happens with any pyramid based businesses.

The real opportunity is joining in early in these opportunities and hoping (or working) for the business hype. That's the only way to earn income. This to the expense of other people losing money of course.

If you're into gambling your money that way, it's fine. Yet, there are safer ways to generate money on MLM, this is not one of them.