What makes a person change to this degree? It's always the same story, “they weren't raised this way”. Does our childhood play a role in how we see ourselves as adults? What about how we think as far as becoming successful or if we can see ourselves becoming wealthy?

Learn how people poverty, disorders and depression have struggled, coped, and triumphed.

It's no secret that the economy is in bad shape. Everyone blames the other person for the downfall of what was once the greatest country in the world, America. We have watched large corporations crumble at the hands of those that allow greed and power to destroy the person they once were. 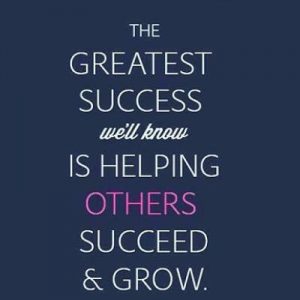 There are three types of people in this world, those that gain wealth from hard work, those that live off the system, and those that live paycheck to paycheck, each one having a different mindset to reach where they are.

Our childhood molds us to be what we are as adults. Take for instance; look at the different cultures in each state. Louisiana is statistically known for being a high poverty state, due to there being a large population of low educated people living there.

Now, look at New York and you have a different picture all together. The sky is the limit, the pay is high and the demand for skilled workers gives positive reasons for individuals to continue their education. Our surroundings and what we are perceived as when as are children stay with us as adults.

How much of our surroundings as children plants the seed in our heads as adults of how far we climb the great wall of success? From the time we are born until the day we die, we remain created with emotions that affect us to some degree.

When things go wrong in life or when an adult doesn't make it where they want to be, the easy target is the parents. Yes, those that raise you have a significant role in how you grow up, but so does experiences and surroundings.

It's easy to blame the parent's, or the main caregivers, but what about people like the award winning producer Tyler Perry? He is from Louisiana, he was homeless, beaten by his step-father and had a zero chance of becoming anything.

Look at Oprah Winfrey. She didn't come from wealth or fame either. She came from a poor family and had nothing but her dreams to live on. Her goals and motivation were her strength.

What was the magic pill they used? They both reached personal success because they wanted it. They had dreams and visions along with determination to become something better than what they had been given to them as children.

Wealth and “Wealthy” is not the same thing. We read stories everyday about people that had horrible childhoods that overcame it to become a true success story. Then you see those that had stellar childhoods, wealthy parents and now they sit in prison for multiple crimes. They had no drive, no dreams, no reason to become who THEY wanted to be, and so life found it for them. 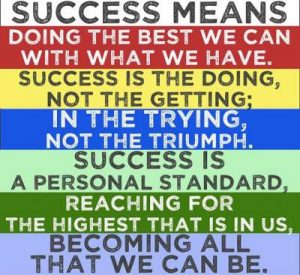 Personal Success – How To Get From Tragedy To Reaching The Top.

Everyone has things that happens in life to cause dark days. True wealth comes in many forms. Believing you are not worthy of becoming successful is the first thing you have to work on.

Gathering YOU, as a whole is the key to finding the true power of having the ability to reach the top, be successful and wealthy. This means even though as a child you didn't get the attention you needed from loved ones, as an adult, you see love in a different light as you did as a child.

Priorities change and with that removing all negative people and situations is a must. There is nothing positive that comes with negative people. Maturity as an adult is reaching that point of forgiveness to the ones that failed you.

Those that were lazy in school, that weren't pushed to succeed in sports or organizations have a tendency to be lazy as adults. With the proper mind set, you can change this. Goals are easy to reach if you write them down where you can visualize them daily.

The sad part about life is we see tradition happen over and over again. In the projects, you see poverty, you see crime, and you see lives wondering around with nowhere to go. These individuals rarely get out of that life.

Then there are the ones who have parents, or caregivers that refuse to let their children grow up to live in the life they grew up in. They re-direct the path by adding encouraging words, positive outlooks on life, giving that child the self-esteem needed to believe they can do better and more importantly giving them the right tools; love, support and confidence to want to do better.

How a child sees his parents has a lot to do with how he/she sees himself as an adult. A child can go one of two ways growing up, they will either follow in their parents footsteps or they will be the total opposite.

School sports, band, events and organizations are great ways to give your child self-esteem, giving them an early start to becoming a successful adult.

If you believe as a young adult you can be successful and find wealth in life, you will. Set your mind, body and spirit in that direction and that is the way you will go.

Keep negative people and ideas of failure away from you. Failure is everywhere, you want to stand out and be different. No matter what you had as a child, what you find what you can do as an adult is up to you.

Each of the keys to success, builds your confidence and belief that you will be successful next time and achieve ultimate personal success.